How Did the Blue Mountains Earn Their Name? 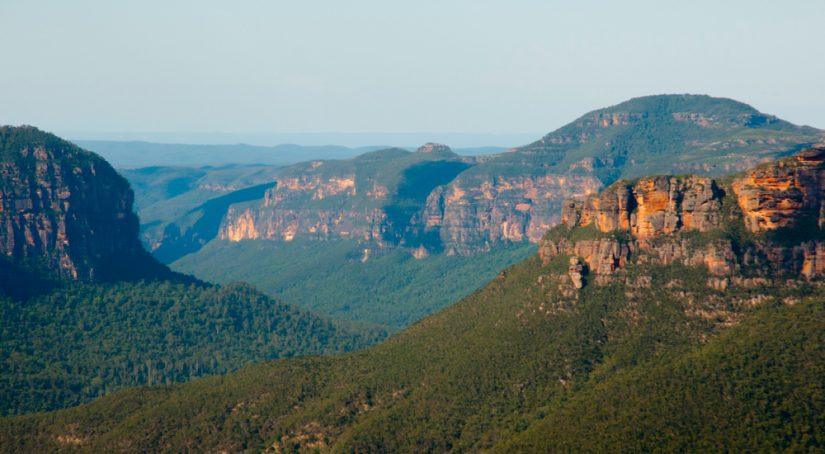 The Blue Mountains are a stunning region in New South Wales and one that many tourists have heard of. The name is recognised the world over, but what a lot of people don’t realise is that they have not always gone by that name.

The mountains themselves are more than 2 million years old, and when Governor Arthur Phillip named them in 1788, he called them “Carmarthen Hills” and “Landsdowne Hills”.

Those two names did not last long. The range was quickly renamed, but why call them “Blue Mountains”?

How Did the Blue Mountains Get Their Name?

The Blue Mountains Sydney are so-called because when viewed from afar they have a distinctive blue haze over them. This haze comes from the eucalyptus trees that are abundant on the range.

Eucalyptus trees produce a scented oil, and because there are so many of these trees on the mountains, there is a lot of eucalyptus oil in the air. The oil builds up in the air and the droplets of oil combine with water vapour and dust.

When light passes through this ‘fog’ of oil, water, and dust, it is refracted and appears blue to the human eye.

The odd blue haze is visible at all times of the day, although it can change depending on the humidity in the air. It can even be seen from a variety of lookout points, or from cable cars if you’d rather not travel all the way out to Echo Point.

How Long Have Humans Inhabited The Area?

The Blue Mountains have been inhabited by humans since the early aboriginal times. There are even some pieces of artwork still surviving today that were carved into rocks by the Daruk tribe.

One carving, known as The Flight of the Great Grey Kangaroo, can be seen at the foot of the Hawkesbury Lookout.

That changed in 1813, when William Charles Wentworth, Gregory Blaxland, Lieutenant Lawson and their servants discovered a gently sloping path that allowed them to pass through the range.

Their trek was difficult, as the undergrowth was damp and the scrub thick. Aboriginals attacked the explorers, and they ran low on food, but they made it through.

The marks they left on a tree just west of Katoomba can still be seen today, and there is a cairn of stones at Linden which is purported to have been made by the explorers, although the authenticity of the cairn is not certain.

Are The Blue Mountains Unique?

While the Blue Mountains are distinctive, they are, sadly, not unique. There are other mountain ranges in the world that also have a blue hue.

Many molecules in the atmosphere interact with light in a way that produces wavelengths that appear blue to our eyes.

The Blue Mountains Sydney, however, are unique in that they have some particularly interesting history, and globally significant species still to be found there.

The Wollemi Pine, for example, is a living fossil that dates back to the era of the dinosaurs. The Blue Mountains are a fascinating spot to explore, whether you view them from afar or take a trip to one of the lookouts.

The origin of the story behind their name may be a mundane one, but the mountains themselves are something truly special to behold.

If you are planning to visit the Blue Mountains, look no further than FJ Tours Day Tours.